The test of courage! 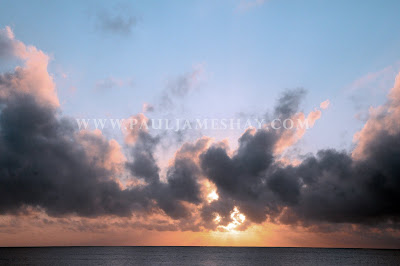 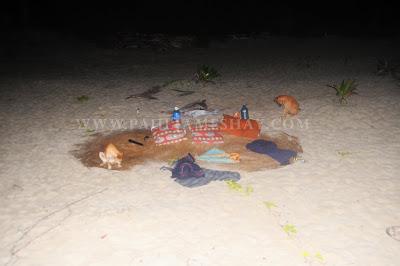 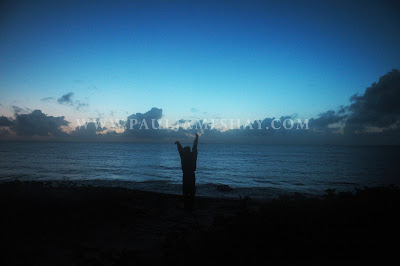 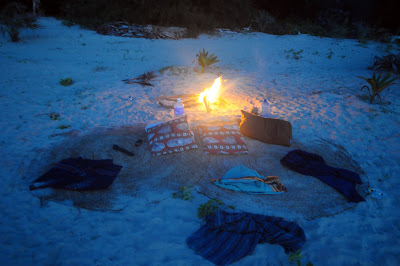 The test of courage!

It was on Robinson Island that Sidney and I decided test our manhood by sleeping on the beach with no tent or mosquito net. We started talking about the idea with the others earlier that day. We made a camp fire on the beach and after dinner with the whole crew all sat around the fire with a local drink called Nassi. Nassi is made from rotting coconut milk. We talk and talked. There was a story told about a leopard that was wondering around the island. We talked about Hippopotamus’s, Elephants and of coerce lets not forget the wandering male Lions =)

The time came that everyone wanted to go to bed and all of a sudden Sid and I were left along side our good friend Peer who decided to join us as on our manhood mission. Three men all asking for trouble in the name of proving how big our balls are.

I have to say it was calming being there listening to the waves hit the sand and the pitch black sky with its millions of shining stars. However, I have to confess I was far form calm enough to sleep. The three of us laid there in silence. I think Peer was the first to fall asleep and then sid. I was not really there yet and was felling a little cold when I started to hear some noises from the bushes…. HEART ATTACK stuff. I jolted up grabbing the torch and there in front of me was a poor helpless little dog from the village. Not just one but three dogs. Sid who had also woken up from my near on heart attract just laughed at me and drifted back into his sleep. To my astonishment the three dogs formed a circle around us. One at our feet, one on the top left, the other to the top right. I found this very comforting. Somehow and it relaxed me a lot, I love dogs and they are mans best friends. With in no time I was also in the land of the sleeping. When ever the dogs heard something far away the would bark and that gave us time to wake up and investigate what it was out there. Of course each time I heard a bark I jumped and near on wet my pants. What the darling dogs did not notify me about was this gigantic crab that made its way into the circle of pooches and decided to have a munch on my middle fingers, not just a munch, rather cramped down on my finger for its dear life. Well that crab bit on the wrong man !!!!! That crab almost made it to the moon I flung it of my fingers so fast. At that point Sidney was rolling around in the sand in hysterics and I clasped my fingers getting more and more cranky. Peer was having a deep deep sleep and continued talking to him self and scratching his boner from time to time. Back to sleep I feel and hours later woke up to find the sunrise with Sid stretching on the beach. We had done it !

We had made it in the wild and we three men felt as proud as punch and Sid & Peer had some hilarious stories to tell about me.

Above is a photo of our humble open air camp site =)