I have been on the road for a week and it's great to be HOME !!! It was great to be in London and most of all to see my dear friend Jane and her little girl Raven. I actually didn't open my computer for the whole weekend and that's amazing for me. We gardened a lot and just chilled out. Was amazing.

Obviously if you looked at yesterday's post you will see that I am now really getting into looking at the homeless in Paris.  I can't really help myself. If you didn't read the posts from yesterday please do.


I have talked a lot about this in the last weeks with friends here in Paris. Asking questions about why there are so so many people living on the streets here. It is almost an impossible problem to research, There are many different types of people on the street for many different reasons. It is a massive massive subject and incredibly complex. I am keen to find out as much as I can. I made dinner for my flatmate 2 nights ago and we got onto the topic, he had also read my first blog about the homeless and he told me he had been photographing them for several years and he has his own blog about them. Please take a look at his amazing work on the homeless. It's really beautiful work and I want to see where I can get it shown. I think its amazing that I have ended up living with another photographer with a heart as big as mine. It's a union.
The blog is called the outsiders !


Last night I hit the ghetto and meet a man from Morocco named Alin. I did shoot his photo but I will not post it as I will shame him. He came here as many of them do to reach the UK, in search of work and a better life. Many of them never make it through the final border and therefore get stuck in France. I really don't understand why Paris ends up being so appealing as it so expensive and tough. Alin was clean but he sleeps on the street and has done for a few years. He offered me sex. I asked him if he was gay ? he said he was not. I asked him how often he has sex with men for money and he told me several times a night, every night. I asked him he used a condom, he said no. He can't afford them. I was speechless. I decided to walk to the shop with him and buy him a beer, I wanted to spend time with him and try and understand his helplessness. I asked him more deeply about the prostitution and I also asked if the kids are doing it as well. He said yes.

We talked about ways I could help him and people like him.  If he could find a humble home and work would stay in Paris ? would he go home ? would he continue to sell himself ?

In a round about way. He is a normal 23 year old bloke that wants a roof over his head. A job and food on his table. He cant do any of that as he has no papers. People here don't seem to want to employ them. Why I am still to find out. He is trapped in the beauracracy of borders and as a result of that he is one of 1000s here on the street in a helpless situation.

So how can we break this cycle ? I have an idea ! 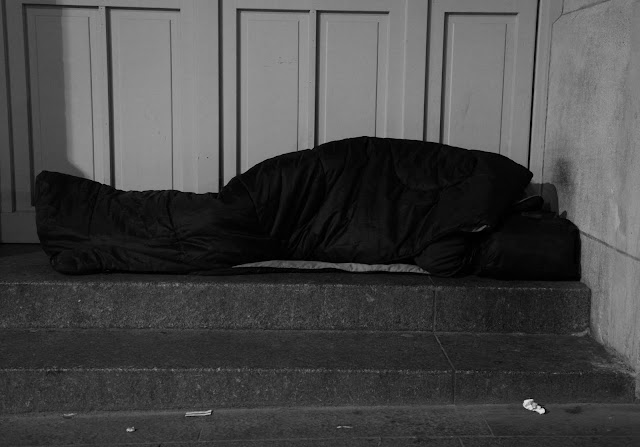